This document describes the Traffic Pursuit Unit, short TPU, which is a speed measuring device equipped with video recording facilities that is installed within a policecar. It is used to measure and record the speed profile of a car driving in front of the policecar, so that speed limit violations can be proved and legal action can be taken based on the documentation and video recordings produced by the system. The current development is based on an existing version of the system, that has been developed by the same companies, and shall take the product to a new release with added and improved featurers enabled by the latest developments in hardware technology.

The following goals have been established for this system: 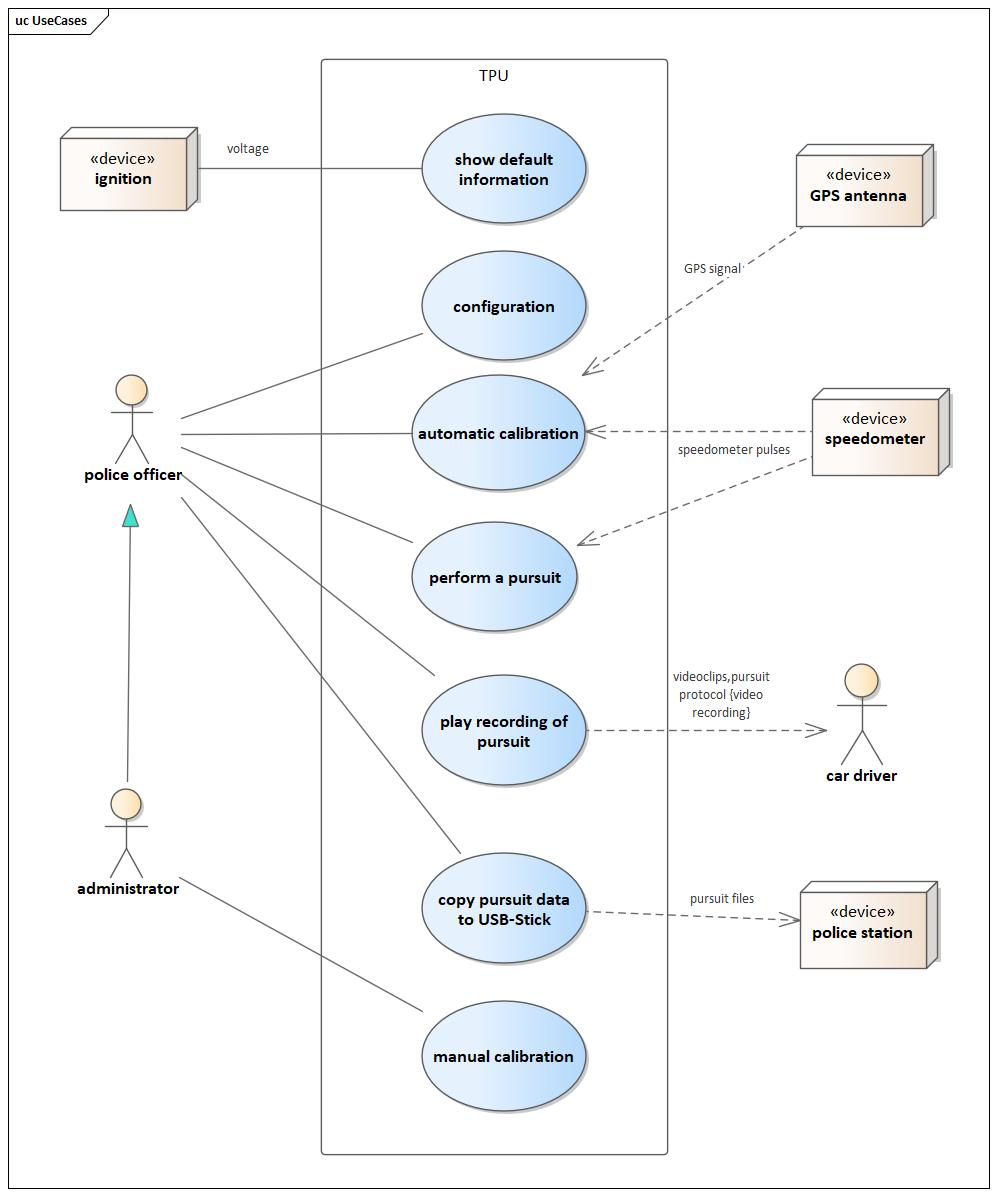 Req4Arc: Getting your Requirements right.

What to do if your requirements need improvement.

How to efficiently and effectively create and maintain useful technical documentation.
Early bird rates available. Contact us for inhouse training.