The example shows an Enterprise Architect (TM) deployment diagram to show the processors used to implement the complete functionality of the Traffic Pursuit Unit. Note the design decisions (i.e. the technology) for the channels connecting the processors.

The following picture shows the inside of the TPU hardware, an industrial rack with the main PC-board and several other Printed Circuit Boards (PCBs). 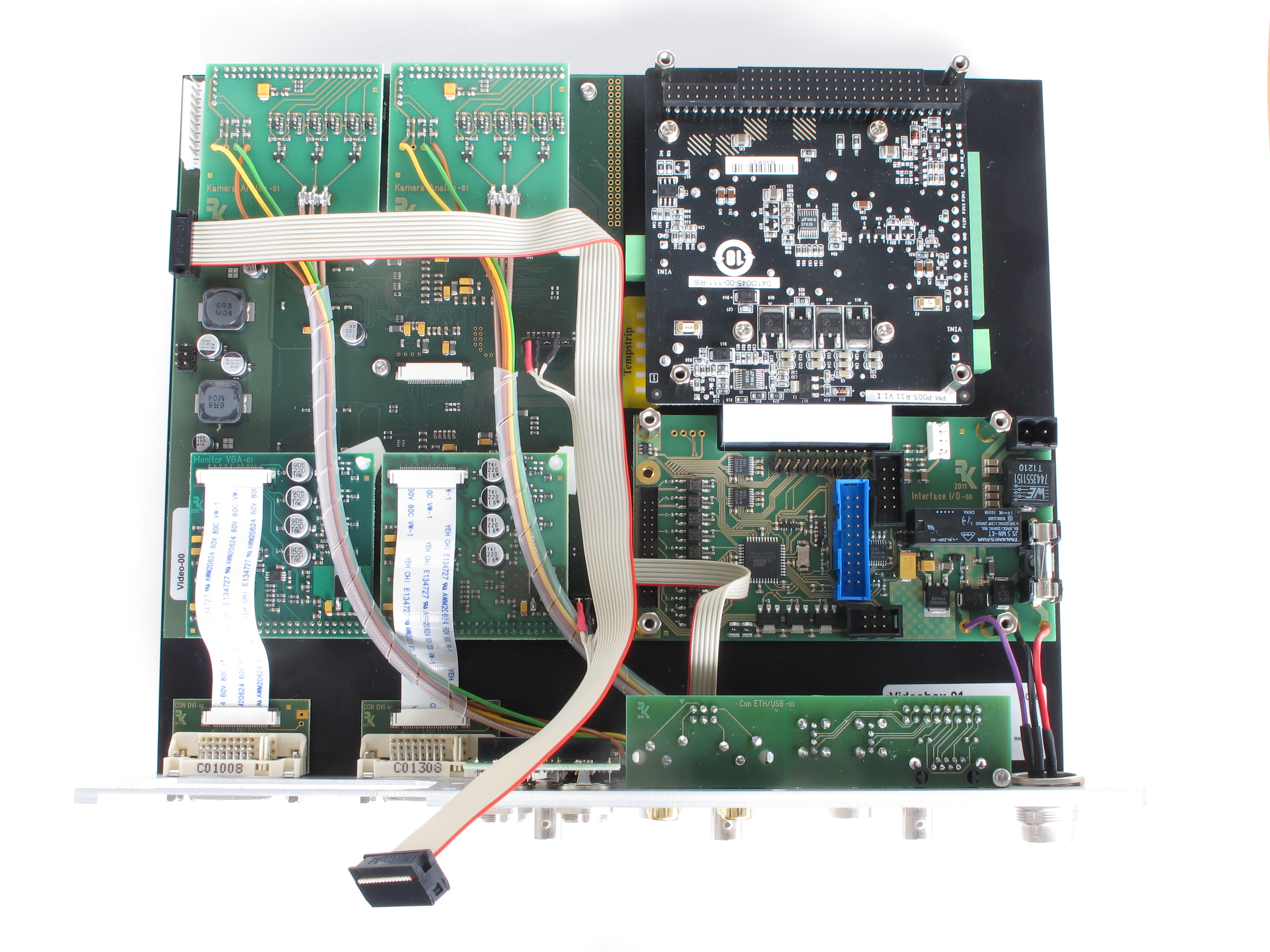 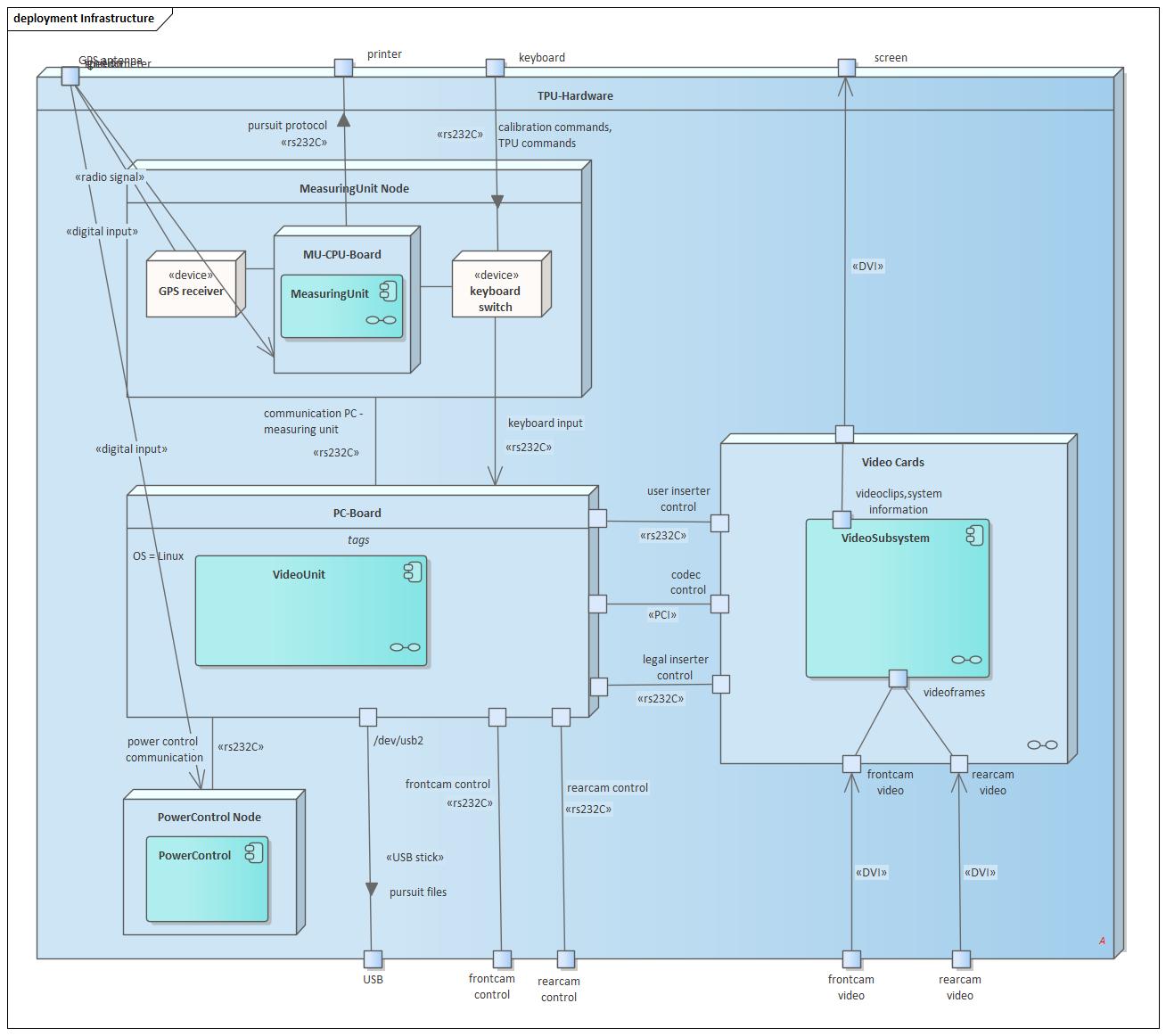 This node mainly consists of a base PCB on which the MU-CPU-BOARD, the GPS Receiver module and the multiplexer are mounted.

transforms the GPS antenna signal into location information forwarded to the MU-CPU-Board.

is the central processoror of the TPU, mainly controlling all video functions of the system and storing relevant results.

This node contains all hardware for video processing. Its details are described in the next chapter.

Req4Arc: Getting your Requirements right.

What to do if your requirements need improvement.

How to efficiently and effectively create and maintain useful technical documentation.
Early bird rates available. Contact us for inhouse training.